This will be a short journey, from sound recording to the art of sound and design . And whether that is for television, radio, rag or podcast: the same rules often apply to almost all routes. Some are compelling and necessary; others are more personal preferences. The route is far from complete with doors open to some, unknown pitfalls to others.

Certainly for radio, stereo is widening the picture: sound gets a place in the room, more depth and maybe even colour compared to monochrome. Granted: for a vox doll or a stereo can also be awkward, because the interviewee may be flying back and forth between the speakers. But very simply said: stereo can easily be made mono (problem solved), but not the other way around. And it is also a misunderstanding that stereo microphones are vulnerable or expensive; they are available in all sorts of versions, from robust reporter mics to high-end shotgun mics for the camera. Stereo is twice better than mono.

This is a common and underrated aspect of digital sound. Every recorder or digital camera records sound with a certain bit-depth and sample rate. You don’t have to be an audiophile to understand that a 32-bit 192 kilo Hertz recording sounds better than one at 8 bits and 11 kHz, but why actually? 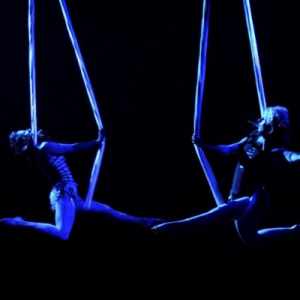 Simply put, sampling (converting sound to data) takes place with a certain speed (rate) and depth (bit-depth). More samples per second mean more data to faithfully reproduce the sound later. This also applies to images: 50 frames per second looks smoother than 10 fps. The bit depth is the amount of space available to make those samples. I want to avoid becoming too theoretical, but a recording at 16 bits or 24 bits sounds the same for our hearing. Then why would you prefer to record in 24 bit? There is then more room (headroom) for recording before a too loudly recorded sound starts to distort and in the finishing in your editing program there is more dynamism left over when merging your audio with voice-over and music.

There are two standard sample rates: 44.1 kHz (for example on CD) and 48 kHz (broadcast, TV). Which of the two you choose does not matter, but you have to do it consistently: a montage with different sample rates can cause problems or loss of quality due to unnecessary conversion from one rate to the other.

Record as hard as possible

Not so. That habit dates from the time of analogue tape. Harder ‘send in’ meant less noise. Moreover, the tape does not even sound as bad as a recording that is loud: it is even used inexpensive studios to make a digital sound ‘fatter’, literally from the computer to a tape machine and back. But the digital media only have one limit, and that is 0 decibels: the absolute max, after which distortion occurs that, is practically impossible to save (clipping). The AD-converters (Analog to Digital) are of such good quality nowadays, even in the most inexpensive recorders, that noise is a thing of the past. It is, therefore, better to keep the safe centre. Soft may.

Make sure you know what some functions are for. It is not uncommon for a recorder to be set at the factory to make a usable recording as quickly as possible. For example, it has compression on, recognizable by names such as ‘AGC’, ‘Auto Level’ or ‘COMP’. Great for a meeting or a noisy children’s party, but with broadcast we prefer to do that afterwards and checked. Sometimes the recording format is on MP3 or sometimes even MPEG2: handy because at least your ticket doesn’t fill up that fast. However: memory cards cost just as much as a pack of detergent and why limit the quality of audio when recording? So turn off all ‘helpers’ and record in 24-bit WAV or AIFF.

Previous Post: How to Decide on a Suitable B2B System For Medium and Little Enterprises
Next Post: Finding Your Dream Property for Sale