Basic game
2-6 players are involved in the game, with the recommendation being that there are 4. They can also be played in pairs, but the players in the couple must not sit side by side. 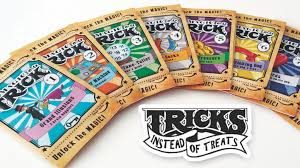 Start of the game:
All players cut the cards and are dealt the highest cut by the player.
The dividing player hands the cards to the player to his left for a cut. The dashed card represents the “key to the game” on which the winner is determined at the end of the game. That card can be extracted without looking or looking at, and based on that, a game strategy of this puzzle can be drawn.

Five cards are dealt at the start, one at a time to each player starting with the right player, who starts the game.
As many players as possible have four cards being thrown at the talon.
When all the cards are dealt out, a new 5-card tour is dealt. If the last hand does not deal five cards (because of the number of players), the same amount of cards is dealt with each player and the rest of the cards are not used in the game.
The goal of the game according to giochi 123: 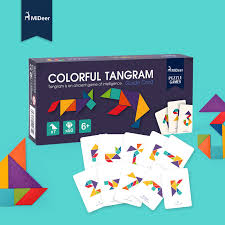 A player with one of his cards must carry all those cards from a talon that are the result of one or more mathematical operations, but he must always explain how he came to the result.
Players must not exchange cards with each other, or disclose to a teammate what cards they have.
It is also possible to take one card from the talon (eg, the player has 7 in his hands and picks up seven from the talon), if he has nothing to pick, he throws one card.

If a calculation error occurs, all the cards from the talon are returned, and the card he tried to take away is thrown out.
The thinking time is 1-2min by appointment.
Cards that remain on the board at the end of the game are not taken by any player.
Younger children can only use addition and / or subtraction, and the deck can only be adjusted to known numbers.
How to use the Joker?

The Joker can take all the cards from a talon that is the same color-sign, without calculation.
The wild card can substitute any number 1-9 (eg, 54-45 = 9, instead of 9 taken by wild card.)
If the Joker is on a talon, he changes any card 1-9, but when explaining the computational operation, it says which card the joker changes.

How is the winner determined?
The cutoff card from the beginning of the game is the key:
If the game key card is a one-digit number, then all required digits are counted anywhere in the number. (eg, “game key” is 1, and the cards taken are 1, 16, 21, the sum of points is 3, if a card contains two of the same digits of the game key, eg, 11, then they are counted each for themselves, ie, 2 points). The Joker is one point.

The winner is the one who has the most points if in doubles the points are added up.

Competition tournament
The tournament is played in singles, doubles or in teams. In the match, thinking time is limited to 20 minutes per player, per game. An expired player has the right to finish the game by playing “fast-paced” thinking for a maximum of 10 seconds. If he has failed to play during this time, he is obliged to discard the card in order to continue the game.

Individual competition is played one-on-one – competitors apply individually. Match pairs are determined by lot. Three “games” are played, and the winner is determined by adding up all points scored. In case the number of points won is the same, an additional game is played.

Previous Post: Want to know the traits to be a successful maths tutor
Next Post: Cool Purchase For the Med Purchases